In this Series I plan to review some of the classic Irish whiskeys which I rate and some others that whiskey friends of mine have listed as their favorites. The plan is to do a review every couple of weeks over the next six months or so.

We will be focusing on the actual nosing and tasting experience of the whiskeys more so than the history or  the story behind them.

I also recently met the new Powers ambassador Derek King in Dingle. The event was the now famous  annual  whiskey ambassador blind tasting night.   Really nice guy and we got chatting about favorite Powers whiskey.  It occurred to me it would be fitting to kick off the series with a whiskey I really appreciate, the Powers Signature.

So this piece serves as  both an introduction to the new Powers Ambassador as well as a focus on one of my favorite in the Powers Range – the Signature.

Firstly an introduction to Derek… 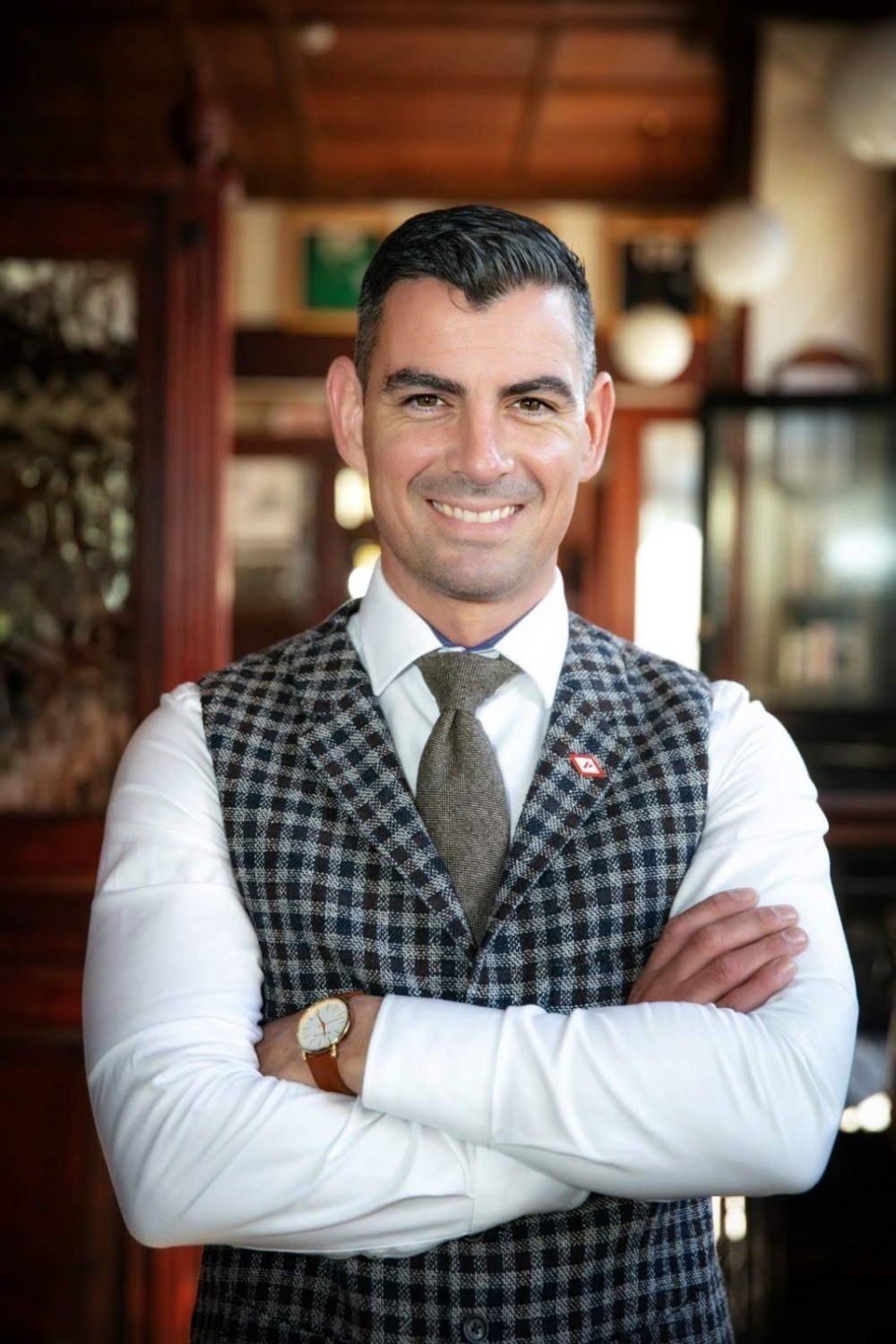 Derek King joined the Powers family recently and from spending time with him I think he will be great for the Powers brand.

Derek worked for years in the bar scene and as he says himself he holds a huge passion for traditional Irish pubs. He has served time as bar tender, bar manager and proprietor of pubs and music venues. He has spent time working in many different countries including Ireland, Canada, and Australia and this has given him a great understanding of how alcohol and bar culture differs from country to country.

The broad whiskey knowledge he has gained, not only through his bar experience, but also with in-depth whiskey training events, whiskey tasting and masterclasses. He is also pursuing studies in the more technical aspects of whiskey distilling.

The love for whiskey and whiskey distilling became his career focus when, more recently, he was part of the start up team at Slane Distillery. He was involved in both the commercial and operational management of the distillery and he helped shaped the attraction and its experience to make it what it is today.

He commented that by working with the Powers brand the first thing to come to the forefront of everything associated with the diamond P is the heritage. It is very clear that there is a history of 200 years of hard work, craftsmanship and dedication of a passionate workforce.

He is keen to help the continuing development of the Powers brand, focusing on this essential nature of Powers. Its important to use innovation, as the Powers family always did, to elevate a recognizable modern, popular image for the fantastic Powers brand that has been built on such a solid historical tradition.

We wish Derek the best of luck and I’m sure the great community, that is the Irish whiskey community, will be keen to support him in his endeavors.

Let gets started with this Classic Whiskey – Powers Signature

Originally launched just after the release of John’s lane in approx 2011 /2012 ( I told you I wasn’t bothered doing the research!) it sits beside the Three Swallow and John’s lane in the core premium range of Powers currently on the market. Very similar recipe as the Johns lane but with far less sherry influence. In fact when nosing this, and not having read some of the background, I would not really have guessed the sherry influence.

Its bottled at 46%, it was designed to replicate the the spicy 50’s signature powers style. It is made up of whiskey which is between 7 and 9 years old. It is matured principally in bourbon barrels with some interaction with first fill sherry butts.

This whiskey is very much in the shadow of the other two with John’s lane, its far more popular,sweeter sibling wooing drinkers in the their droves. The Three Swallow, with its richer warm spice profile also appears to be more successful than the Signature.

The rumor is that the Signature is to  be dropped from the range in the near future and this is interesting for me as it perhaps indicates the change of tastes towards sweeter, less oily, richer, warmer whiskeys. This whiskey was designed to replicate the 50’s powers but its being dropped, so are people moving on and leaving the historical whiskey profile behind?

I appreciate the John’s lane and may feature it on the series but I really like this for its difference, its balance and its clarity of profile or indeed more appropriately its signature Powers depth. Interestingly its the nose that really shines here and if I  was to stop tasting whiskey and focus only on nosing, this whiskey would be great example of how to get pleasure purely from the nose.

(BTW .. I’m using the blenders glass for this series for the very simple reason.. it works best for me, The whiskey sits in the glass for hour or so covered before starting)

The big first impression is of a clear structure with headline notes of sharp, clean vanilla tannins and oily feinty notes. Then, with second deep inhale, the aromas of  apple skins, almond oil and black liquorice. Sitting back for a minute and considering the immediate theme of this nose the lovely clean almost simple signature comes across very clearly with those really attractive leading aromas of sharp edged vanilla wood, husky chaff like cereal notes, and the third part of rich deep apple and almond…. all working in harmony.

A really deep mouth open inhale and you could be standing at the door of a busy woodshed where fresh wood and wood oils are in the air while you also experience apple wood smells and cereal chaff swirling around you.

Back in with the nose again and now more gentle sniffing and you can get black pepper, vanilla soaked shortbread, hints (and just hints) of leather and cinnamon and nutmeg.  right at the edge there are pencil shavings, baked apple also with some very slight green cooking apple notes.

Immediately after a quick locating sip, the second draft strikes you with a narrow dollop of black pepper, oily spice and vanilla wood. OK…I find this narrow profile little disappointing BUT its only fleeting first impression. It does not have the big impression the nose might have suggested BUT that’s only first impression. The quiet power of this Powers really shines very quickly

Spend time with it and you can discover some great taste notes. You can get very dark marmalade spread thickly over dense malt biscuits with the fresh black pepper spread over the lot.

Then going back to the nose as I sip and that headline signature sings with it’s very springy cracking spice, pepper and nutmeg coming through on the palate as well.

Right at the edge there is fruit coating or notes of the apple and maybe peach or apricot but I’m reaching for that at this stage.

Spicy, peppery finish lingers well and it gurgles away in the background for a while with the last lingering note of liquorice right at the end.

Very different with water much more fruity with cereal notes taking over from the wood and oil. We have moved from the wood shed and are now in a summer sun soaked orchard. The nose is now narrower but is a sweet delight nonetheless.

Well, this is interesting… the palate falls away with water and the best description is of diluted lemon / orange water. The structure is now more confusing and while still pleasant this whiskey is definitely best enjoyed sans water.

So… that’s the Powers Signature and I’ve really enjoyed spending time with it. Shame its going and I for one will be stocking up with few cases before its too late.

I’m attracted to this literally because its a well structured quality wood-led very well balanced whiskey.

Derek also sat with the whiskey separately and here are his personal thoughts on the Powers Signature….

Initially a sharp delivery of a peppery clove oil spice. Citrus faintly coming through with freshly sliced Granny Smith apple.. A woody/barley undertone is sweet and makes me want to go with Cedar wood. A really fresh aromatic nose.

Mouthfeel is a bit slower to develop than I’d normally like, but it becomes oily with vanilla and bullseye sweets coming straight to the front. (I think these are aniseed flavours). A distinct sharpness remains all the way through but now a citrus kick from orange zest and sweet red apple. It all feels perfectly balanced and makes for a long spiced round finish.

I really enjoyed spending time with this whiskey and also enjoyed getting to know Derek and appreciate his support putting this review together..I wish him best of luck in his new role..

Hope you enjoyed this classic review and happy to hear back with your thoughts as this is a new idea and I’m sure can be developed.